What makes wicked problems so wicked?

Last post’s discussion of wicked problems brought up a ton of examples among our team. Seems all of us have grappled with one of these monsters at some point—a problem that’s close to unsolvable thanks to a constellation of tricky characteristics.

For Siena, a particular project stands out. For several years Siena has worked with eight divisions of family practice in BC to promote attachment between patients and physicians. Depending on which community you look at, the percentage of patients without a doctor may hover anywhere between 5 and 25 percent, averaging out to around 14 percent province-wide.

When you think about it, that’s a lot of people who don’t have a physician.

For some, such as the healthy males aged 20–40 who have come to be known by the affectionate term YOMs (young omnipotent males), being unattached to a doctor isn’t a big deal; they seek out a walk-in clinic for their very infrequent doctor visits. For others, such as elderly patients with transportation challenges, single mothers with young children, or people struggling with a mental health issue, being without a doctor is a very big deal—and it’s sometimes incredibly difficult to make a connection with one.

Our work with this issue showed us almost immediately that ALL the wicked problem characteristics apply.

The defining question was: How many patients don’t have a family physician? It turned out to be very difficult to figure out. Some people thought, because they’d visited the same doc a couple of times at a walk-in clinic, that person was their doctor. Others had been attached to a doctor in the past, but that doctor had retired or moved, and they hadn’t formally been attached to a new doctor. Others hadn’t seen a doctor since they were kids in tow with their parents, and didn’t realize they’d “aged out” of the doctor-patient relationship. Still others had spent years moving from community to community without formally connecting to one doctor. Not to mention those who visited one doctor close to home and one doctor close to work. Which of the two was their doctor? 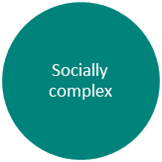 Finding a doctor isn’t just a matter of googling “doctor,” dialling a number, and signing up. The doctor-patient connection is a social one—a bond of trust and familiarity that ideally lasts many years and encompasses a patient’s entire family. The relationship can be demanding on both sides—physicians’ time is limited and patients may or may not collaborate with them for the best health outcomes. A good fit is important. And then there’s proximity, environment, support staff attitudes, and other clinic characteristics that may help or hinder a connection. Add to that the general scarcity of physicians across Canada, and you end up with a supply-demand imbalance that often daunts patients and makes them hesitate to even attempt to find a doctor.

In addition to stakeholders on the physician side, there were many others, including seniors’ groups, city representatives, business representatives, and various community groups with an interest in health promotion. These many voices, despite their inevitable complexity and potential for disagreement, were key to robust collaboration. 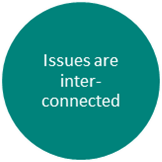 We quickly learned how interconnected the issues were when it came to doctors and patients. If a doctor suddenly died, for example, what would happen to her 2,500 patients? Would the other doctors in her clinic have capacity to absorb them into their panels, or would the patients need to start looking for a new doctor? If they were unsuccessful, would they show up at the local hospital’s emergency department because they couldn’t get a doctor’s appointment? Would emergency’s wait times then increase? Would that result in poorer health outcomes and/or patients not seeking treatment? Similarly, would nearby walk-in clinics be inundated? Would they reach capacity (50 patients per doctor per day) earlier in the day and have to shut their doors early, leaving patients without options? This is only one example of the ripple effect caused by doctors leaving communities, whether due to death, retirement, or moving away. And it’s just one example of the numerical interplay of doctors and patients—always subject to demographics, aging, moving, and the unexpected. 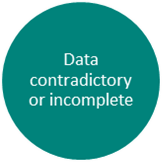 As we worked through the community data, we found plenty of contradictions. Were 16 percent of a city’s residents without a doctor? Or 13 percent? In one case it gets framed as a crisis; in another it’s cause for concern but commensurate with the rest of the province. That framing can make the difference to stakeholder buy-in. It also makes it complicated to build a case for various initiatives, especially in a climate of political change. 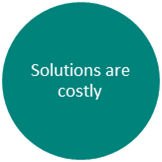 It takes a lot of money to bring multiple stakeholders to the table for an extended period of time—to plan, implement, and evaluate—and this expense can become contentious. With high-stakes projects, accountability is essential, as well as transparency within a collaborative framework. It costs large sums of money to get substantial work done, but it often costs more not to do anything. As justifiable as project expenditures may be, it’s key to show your work. 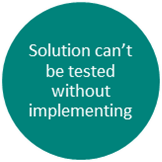 Our work spanned many communities in BC and involved multiple, intersecting solutions. In one community the stakeholders thought physicians could take on more patients if they could free up more administrative time at their clinics. Siena worked with the project team to provide workshops for the doctors and their support staff, as well as a pilot program to help three clinics gain new office efficiencies. Only after these solutions had been implemented did we know for sure that the doctors had been able to save some time, and even after implementation we couldn’t be sure the saved time would translate into accepting more patients.

With any complex problem we make an effort to understand and document unintended consequences, and this project was no exception. It’s impossible to collaborate effectively without acknowledging that not everyone agrees on everything, and points of friction are inevitable.

In terms of innovation, one initiative involved placing dietitians at a set of pilot clinics so doctors and patients could experience “team-based care.” While a resounding success, this effort nevertheless uncovered issues such as ergonomics for support staff at clinics (the dietitians were going home with sore backs every day due to inadequate seating and space). We also saw that clinics with a high degree of efficiency were not as good as less efficient clinics at providing flexibility for the dietitians to work, leading us to conclude that a “sweet spot” exists for clinic efficiency.

Another lesson we learned was that, when support staff such as medical office assistants (MOAs) were offered additional training, it increased the risk that they would leave their jobs, which might make it difficult to get physician employers to support MOAs in pursuing professional development opportunities.

Every new problem is actually a lesson. Even though the probability of new problems arising is a “wicked problem” characteristic, it’s an essential characteristic for learning and moving through the phases of a complex undertaking.

While Siena did wrap up its contracts with the various divisions of family practice with which we teamed to work on the difficult problem of attaching patients to physicians, the project continues. There will always be an influx of new patients to every community, an egress of physicians, a challenge of attracting new physicians, and an associated challenge of retaining them in the community and ensuring they maintain professional satisfaction and “put down roots.” There will always be a need to educate and reassure patients that caregivers are available, and to work with both the supply and demand sides of the doctor-patient relationship to maintain ongoing balance. There is no “done” to this problem, which makes it a very wicked problem indeed.

At Siena we often find wicked problems to be the most satisfying ones—the ones we can get our teeth into and make sense of.

What about you? What problems are you working on?